5 Things Your Man Wants You To Do In Bed 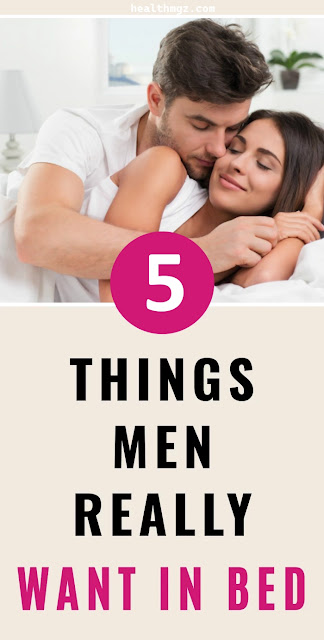 You and your lover hit it off like a house on fire as far as sex is concerned. But have you ever thought about what he really wants you to do during those moments of intimacy? Men may not spell it out always, but they have their own set of expectations from their partners while in bed together. Read on to know more:

Speak up
Yes, he wants to hear you tell him all things kinky that you like or want him to do to you. Most often, we end up being shy and hold back our urges. But not every guy is a mind reader. Also, they need to be told if they are doing it right or not. Be vocal about your needs and watch him go all out to please you.

Praise him
This is the most obvious thing any man would want to hear. Tell him how hot he is, how awesome he smells and, of course, how amazing he is in the act. Nothing gives a man more high than being told that he is Himeros. Trust us, he’ll love it the most and take you to a trip to heaven with his performance.

Take charge
Men love women who take charge in bed. They like being dominated and told to do things. Straddle him up against the wall or pin him down on the bed, give him a full view of yourself while you tease him with foreplay until he begs you to allow him to hit climax.

Wear sexy lingerie
If you are thinking that the hours you spent in choosing the right lacy lingerie went in vain as he didn’t even bother to take a look at it, you are probably wrong. Guys notice lingerie and it turns them on big time. So next time he flicks it off in a jiffy, don’t complain; it’s because he can’t wait to put his hands on what lies beneath.

Spontaneous
Men love women who are spontaneous and are eager to try the new. The same old routine can be a drag after a point, and trying out something new every now and then keeps the spark alive. Sex on the couch, a sudden urge to try doggy style, a little bit of extended foreplay... he will not have any reason to complain with any of these and more.