3 Recipes With Ginger To Relieve You From Cold And Cough

Ayurveda generously uses ginger in a number of treatments for a long list of ailments, one of which is relieving the common cold and cough. Thanks to ginger’s natural healing properties it’s an excellent cough suppressant. It can also be used as an antihistamine, decongestant and a natural antiviral remedy, helping against a number of germs and bacteria which cause the cough and cold in the first place. 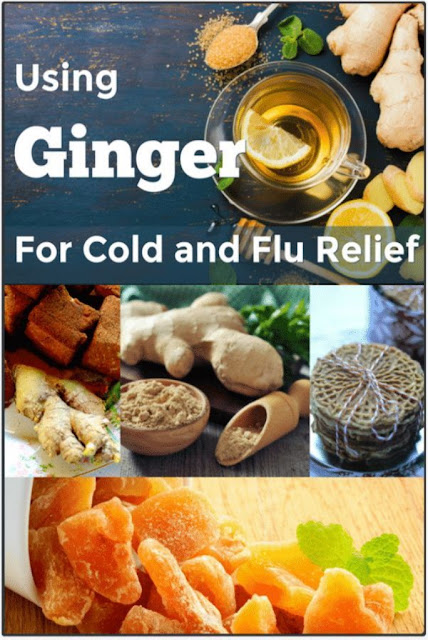 How to use Ginger to treat Cold and Cough:

This may be the easiest way to use ginger against colds and coughs. You need a 10gr. piece of ginger, cut into smaller pieces. Throw them in a cup of water and bring the water to boil. Let it cool down and strain it. Drink this healing ginger tea at least twice a day. It can be used in the treatment as well as prevention of the common cold and cough. It’s safe for children as well. Introducing ginger to your everyday diet can bring about a number of health benefits, so try consuming it on a daily basis, especially in the harsh weather conditions when we’re more susceptible to getting sick.

This is another powerful combination. You need a 3 inch piece of fresh ginger, chopped finely. In a bowl add the ginger, half a cup of lemon juice, 2 tbsp. of honey and 2 cups of boiling water. Mix it well and cover it with plastic wrap, leaving it to soak for about 10 minutes. Strain the drink and drink up to relieve your ailment.

Cinnamon has natural antiseptic properties which help against the virus that is causing the cold in your body. It also soothes your sore throat and stimulates sweating to clear the cold and its symptoms.
Mix ½ a teaspoon of ground cinnamon with ginger, lemon and honey tea. Mix everything well and drink it to prevent the cold.