Home Relationship 6 Things Every Woman Wants in Her Man

6 Things Every Woman Wants in Her Man 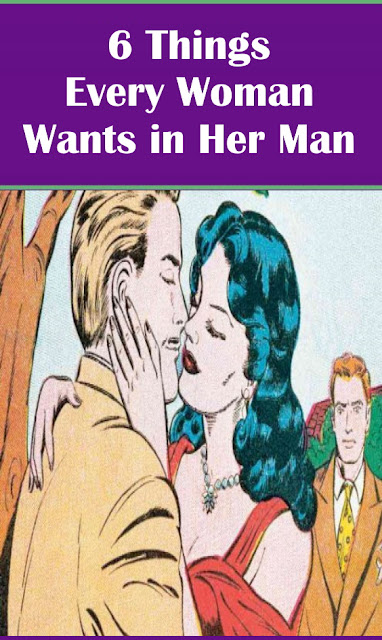 Unlike men, women are not driven by looks, per se. So, before you go there, a man who looks like Idris Elba (or Brad Pitt, if you choose) will not be on the shortlist of things that every woman wants in a man. The heart of a woman is deeper than the ocean, so while we do not mind a man that is easy on the eyes, it is not the first thing a real woman looks for.

Confidence, of course, is attractive and looks good on anyone, whether male or female. But the real reason women need a confident man is so they will not have to worry about him being jealous (of her, her success, or her relationships with other people). The confident man does not waste his time on being abusive or neglectful to the woman in his life but instead ensures the security of the relationship.

There are few things that frustrate a woman as quickly as a man on which she cannot depend. This is not so much about provision as it is about a man doing what he said he would do. Sometimes it is as simple as calling or arriving when he said he would.

If he cannot commit to small matters, it is difficult for trust to build; therefore, true intimacy is impossible. A dependable man knows the importance of keeping his word, so he has no problem admitting when he cannot keep a promise he made, instead of lying or doing the typical disappearing act. If he is dependable, he will not shirk his responsibilities.

Every woman who has been out to dinner with a man who was disrespectful to a server or valet finds it to be an unappealing trait. And for the woman with even an ounce of integrity, it is a real turn-off.

Having respect for people, in general, makes an average guy look like an Adonis in the eyes of a wise woman. Just as spending time with a man who is respected by the people he knows, and even the strangers that he meets, is better than a man with a ginormous bank account.

The man who appeals to women knows that there is a Supreme Being. In order to have any measure of wisdom, this is a must. He may be a Rhode Scholar but lacking a spiritual connection shines a glaring light on his ignorance and arrogance. Any woman worth her salt will count the absence of a deity in her man’s life as a deal-breaker.

This is simple—a grown woman needs a grown man. Not only must he have the basics like a job and be able to take care of himself, but he should also have goals. These goals should not only be for him, but for their future as a couple.

A woman that takes care of her business will have little to no use for a man who does not take care of his. If she has to be concerned with him not focusing on adult issues, it will complicate life for her; therefore, focusing on a relationship with him will become less and less appealing to her.

Again, there are so many things that could be added to this list, but these six are must-haves. The attributes have nothing to do with money, looks, or any other superficial thing but instead speak to the makings of love, peace of mind, and a successful, life-long relationship.