It’s never really an easy feat when you’re trying to establish a deep and immense connection with another person. It’s a very rare occurrence that you would never want to take for granted once it does happen. Whenever you do find a person you are able to seamlessly just mesh with, you will discover that it’s just so difficult to let that person go. That is exactly why it’s so hard to break up with a soulmate. It can often feel like the walls of the world around you are crumbling down and you’re left trying to keep everything together. However, based on the advice of experts, it might be necessary for you to let go of that person – your soulmate. When you do go through the process of breaking up with a soulmate, you are going to have some very unexpected things happen to you in your life. 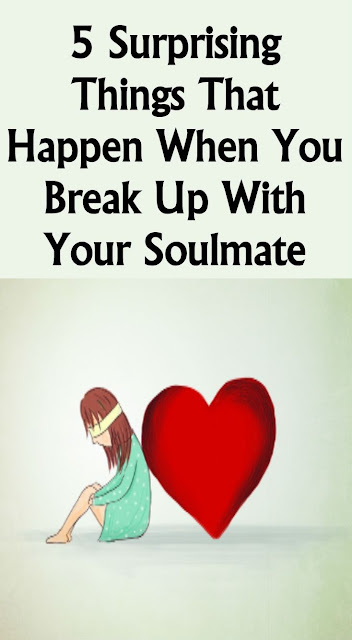 Rappaport claims that a soulmate is typically someone with whom you share a very deep connection and bond with. And your soulmates are going to serve some very important roles in your life. They are going to impart some very valuable lessons that will further enable your growth and development into the person you’re truly meant to be. You have to know that once they are able to serve that purpose in your life, it’s not really all too weird for them to take an exit from your life entirely. Keep in mind that your soulmates can impact your life in physical, emotional, spiritual, and mental capacities. And even though you might share a very strong and immense connection with another person, it’s still ultimately up to the both of you whether you will take active roles in each other’s lives or not.

That’s why it’s perfectly possible for two soulmates to break up. The idea of two soulmates finding one another and falling in love is as romantic as can be. However, just because the two of you are soulmates doesn’t necessarily mean that the two of you are meant to be together forever. You aren’t necessarily assured of a fairytale ending just because the two of you happen to be soulmates. And if you happen to go through a breakup with a soulmate, it’s best that you prepare yourself for the unexpected things that are going to take place.

1. You gain a better sense of self-awareness.

One of the most important lessons that a soulmate can teach you is self-awareness. You see, a soulmate is going to be able to understand you in a level so profound that it will be unlike any other relationship you will ever have. And when you are with someone who understands who you really are, you gain a better understanding of your true self as well.

2. You might find a way to cross paths and reconcile.

Just because you break up doesn’t mean that it’s all lost to the winds. There is still a chance that the two of you are going to get back together and fulfill some kind of higher purpose in your relationship with one another. If regular couples can break up and get back together, it should be just as likely for soulmate relationships as well.

3. It will feel very wrong when you try to date other people.

Naturally, just because you breakup with your soulmate doesn’t mean that you aren’t going to pursue love with someone else anymore. However, it’s going to feel really weird when you first try it out. Things were just so seamless and comfortable with your soulmate that being with anyone else would feel so weird and awkward.

4. You might turn your failed romantic relationship into a best friendship.

Some failed romantic relationships between soulmates are able to make the best out of a sour situation by actually turning that failed romance into a healthy best friendship. Just because the romantic route isn’t necessarily for the two of you doesn’t mean that you have to take a complete exit from each other’s lives.

5. You become more energized after a breakup.

Spending substantial time with a soulmate can be particularly therapeutic. It might not have worked out for the two of you. You may not have been able to make your relationship work. But the time that you spent together must have still had a profound effect on you. It must have rejuvenated your soul to a certain extent. That is why after the breakup, it’s still normal for you to feel more energized.