Home Relationship Men With This Face Are More Likely To Cheat

Men With This Face Are More Likely To Cheat 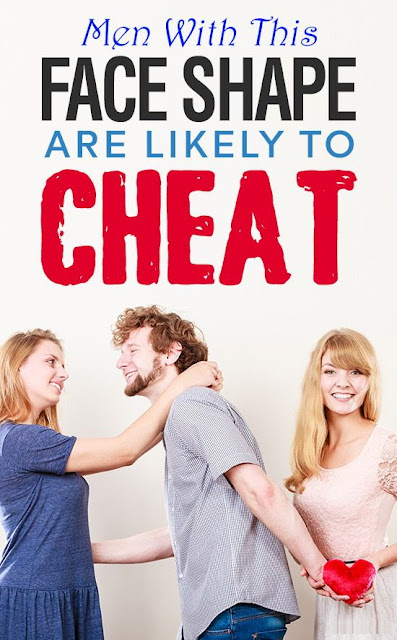 According to a new study published in the journal Archives of Sexual Behavior, men with a high facial width-to-height ratio (FWHR) may have higher sex drives and be more likely to cheat. So if you believe this study, watch out for those partners with wide, microwave oven-shaped faces...right?

Before you start bringing a tape measure to your dates or blaming your partner for having such a wide face, let's take a closer look at the study, which was actually a combination of two studies. Researchers from Nipissing University (Steven Arnocky, Justin M. Carré, Triana Ortiz, and Nicole Marley), Simon Fraser University (Brian M. Bird), Northern Ontario School of Medicine (Benjamin J. P. Moreau), and the University of Ottawa (Tracy Vaillancourt) conducted the studies.

The first study recruited 145 heterosexual students, 69 men and 76 females, who were currently in romantic relationships, from a mid-sized Canadian university, measured the dimensions of their faces from facial photographs, and had them complete sexual drive questionnaires. The researchers calculated the FWHR by dividing the bi-zygomatic width of the face by the height of the upper face (i.e., the distance between the upper lip and brow) and found that both men and women who had higher FWHR's were more likely to report higher sex drives.

The second study recruited 314 students (43% men) from a different small Canadian university, which was about 350 km away from the university where the first study was conducted. In addition to measuring the participant's FWHRs on facial photographs and sex drive via questionnaires, the researchers also had the participants complete questionnaires designed to measure attitudes towards and likelihood of infidelity or cheating. This second study also found a correlation between FHWR and sex drive but additionally showed an association between high FHWR and unrestricted sociosexuality (e.g., more interested in casual sex and less interested in sex bounded by a relationship) as well as intention to commit infidelity among men.

Sure, you can say "in your face" when you catch your partner cheating, but why should facial dimensions have anything to do with sex drive and infidelity? According to the researchers, facial structure may be a sign of hormone exposure during key periods of development such as while the person was a fetus. They cited some previous studies that have suggested that exposure to more androgens (sex hormones such as testosterone) may lead to more aggressive and dominant attitudes and behavior as well as more "masculine" features, such as prominent cheekbones. In other words, the hypothesis is that a wider face may be a sign that someone has had more androgen exposure and more androgen exposure may give that person a higher sex drive and make him more likely to cheat.

But does this study really prove this hypothesis and that you can really tell a man's sex drive and fidelity from his face? Keep in mind this study's various limitations. Correlations don't prove actual links or causation. The samples are relatively small from just two Canadian universities and probably do not represent the diversity that exists in society (e.g., 82% of the first study's sample and 91% of the second study's sample were Caucasian). We don't know too much about the study subjects or the universities beyond what was reported in the publication and probably not everyone with a wider face reported a higher sex drive and intention to cheat.

Moreover, surveys can be as accurate as...well, asking your cheating partner if he or she has cheated. People aren't always honest with you and themselves when answering surveys, especially when answering questions about sex, sex drive, and cheating. There are many reasons why college students may consciously or unconsciously portray themselves in a way that's different from who they really are. If you don't realize or admit this, you probably are still doing it.

Additionally, self-awareness can be like body odor. Some people really stink at it. Those who don't remain monogamous range from those who openly declare that they aren't the monogamous type or don't believe in monogamy to those who continue to believe that they are monogamous even though they keep straying.

Finally, androgen exposure is not the thing that determines the shape of your face. Genetics and other exposures play a role as well.

Of course, the danger here is further stereotyping and profiling based on photographs. Just what we need, another superficial way of judging people while dating. (Apologies to those who first look at the "favorite books" listing before the photo when scanning a dating profile.) Using face dimensions to pick out cheaters can be a bit like saying, "please judge a book by its cover" or even "please judge a book by the shape of its cover."

While this study does raise some interesting questions about how much behavior may be pre-programmed in somepeople (with the emphasis on the word some), be careful about extending the study's results too far. Our society is already too obsessed with appearance and finding quick lazy ways to judge and weed out people. While there are some clear signs that someone may be a cheater such as that person someone saying "don't tell my wife that we are on a date", there's only so much you can tell from superficial appearance such as face shape or structure or skin color. Really getting to know someone takes time and effort, which many people may not be willing to do when selecting or choosing to remain with a partner...to their peril.