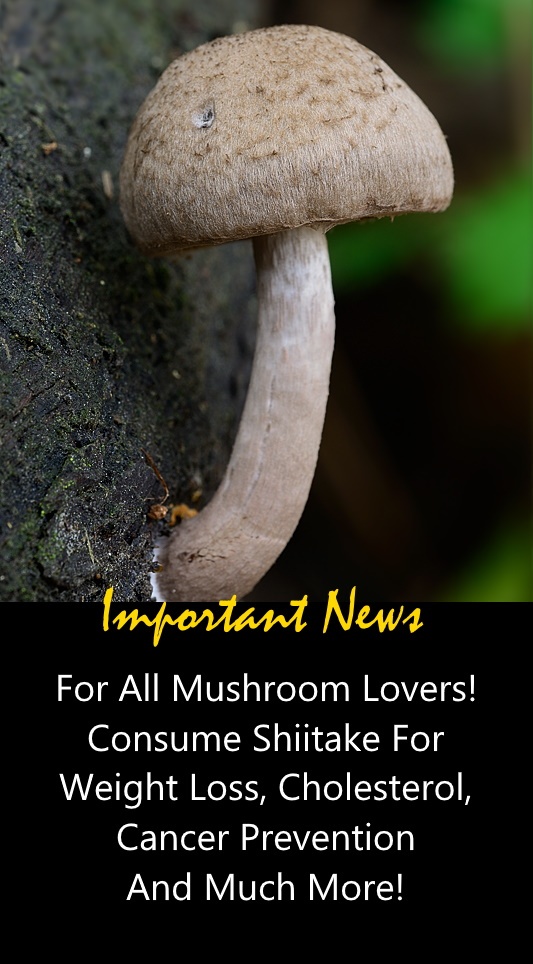 We have received questions related to the shiitake mushroom and if it is truly a remedy at the time of slimming, it allows to lower the bad cholesterol or LDL and even prevents the cancer. In this sense, it is necessary to first analyze the nutrients it contains in order to know its curative potential.

The shiitake (Lentinus edodes) fungus is native to Japan, China and Korea. It is currently cultivated worldwide, although Japan is still the largest producer. It has been used in Asian cuisine for thousands of years. The Japanese consider it not only a food, but “the elixir of life.”

It is an excellent source of amino acids, plant proteins, iron, thiamin (vitamin B1), riboflavin (vitamin B2) and vitamins B6, B12 and D.

Traditionally, shiitake has been used in medicine for various disorders:

Shiitake has now been shown to boost the immune system , act as an antiviral and antimicrobial agent, and possibly reduce the size of tumors. Most scientific studies on its health benefits have been made in Japan, although the Western world has been interested in this fungus as a possible treatment of cancer and HIV infection .

Perhaps the most beneficial ingredient of shiitake is an activated compound containing hexose (also known as 1,3-betaglucan). Studies on this compound have provided evidence that it has anti-cancer properties in humans and animals.

This compound is already used as a nutritional supplement in many countries and is also used regularly in hospitals in Asia and Japan along with allopathic treatment for various types of cancer. The first clinical trial in humans outside Japan is underway to determine the antitumor effectiveness of this fungus in cancer patients .

The hexose-containing activated compound is isolated from the spores of the partially developed fungi which have been subjected to a treatment to release the compound. It is not abundant in fungi that are available in grocery stores, although its overall health benefits are wide.

As for its power to lose weight , it is based on its satiating power (feeling full) and its low calories. Therefore, it is recommended in regimens to lose weight.

It is also an ingredient in formulas that strengthen the immune system. Always follow the recommended doses on the labels of the product presentations.

Remedy with shiitake to lose weight : Consume, once a day, a vegetable salad that contains 3 shiitake mushrooms chopped for 15 days.

Remedy with shiitake for cholesterol: Eat salads containing only shiitake, onions and garlic 3 times a day for 15 days.

Remedy with shiitake to strengthen the immune system: Pour 3 drops of shiitake tincture (available from botanical pharmacies or herbalists) in a cup of water. Take 1 time per day.

-Shiitake is non-toxic and harmless for human health.

-High daily doses over a prolonged period of time can cause diarrhea.

-No interactions with other plants or drugs have been described.