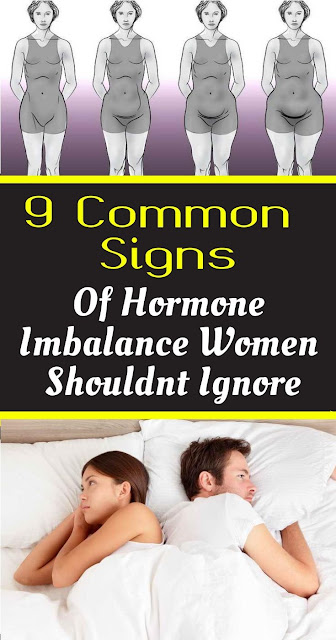 Hormones are chemical substances that act as messengers. They control and coordinate a number of metabolic processes in the body. That’s why proper body function heavily depends on hormonal balance, and any hormonal imbalance wreaks havoc in the body. Despite their seriousness, the warning signs of hormonal changes are often disregarded as trivial.

These are the most common symptoms your body gives that point to a hormonal imbalance.

Although it’s OK to feel down at times, if you are constantly drained out of energy, then something more serious may be going on. To balance your blood sugar levels eliminate wheat and most grains from your diet. These simple dietary changes will not just regulate your blood sugar, but also prevent mental fogginess and tiredness.

A hormonal imbalance is often marked by anxiety and depression. These symptoms also point to toxicity, being overworked and stressed out. And that’s not all as your diet may be contributing to this. If you aren’t nourishing your body what it needs, it’ll make you feel anxious and depressed.

Maintaining healthy weight is a great challenge when there’s a hormonal imbalance in the body. In this case emerging insulin resistance is one of the most common symptoms. Luckily, this can be easily addresses with small dietary changes.

In cases when the endocrine system is overworked, there’s underproduction of certain hormones and overproduction of other, mostly cortisol – a condition also known as adrenal fatigue. The result is your body making fat reserves for future use, which leads to an increase in belly fat.

Although gas, bloating and slow digestion are not normally linked to a hormonal imbalance, but rather to consuming unhealthy foods, not chewing properly and overeating, these symptoms can point to a hormonal problem because in case of improper digestion, your body becomes deprived of nutrients.

A number of hormonal imbalances including adrenal fatigue and insulin resistance are manifested by cravings and excess eating. The best thing to do in these cases is to cut down sugars, alcohol, dairy and wheat as this won’t only control cravings, but also improve your digestion.

Night sweats and hot flashes are the first warning signs of a hormonal imbalance for most women. The first step to take is starting a food journal by recording everything you eat and drink, how you feel physically, and any emotions that come up after instead of starting a hormone replacement therapy.

Low sex drive is one of the first signs of hormonal imbalance. It usually starts with sleep deprivation as lack of quality sleep reduces the production of sex hormone in the body.